What are your expectations for Easter at your church? Especially for those that are visiting for the first time and who may be totally unfamiliar with the Christian faith?

In answer to that question, I'd like to propose that you Make it OK for visitors to reject Jesus at your Easter Service and in our podcast today I'll tell you why.

Before you consign this podcast and the blog that goes with it to me being a total heretic who thinks  "everybody gets saved in the end, no matter who or what they believe in" —be assured nothing could be further from my intention. I take very seriously the truth that if people do not have a saving relationship with Jesus Christ (and only Jesus Christ, no other savior) they will spend eternity in endless suffering separated from God. That's why I want to share 5 reasons why you need to make it OK for visitors to reject Jesus at Easter.

Be assured, we won't stop at their rejection, but I'll give you suggestions on how to move that rejection into exploration and ultimately acceptance. While you are planning ways to invite people and your PR for Easter, keep these ideas in mind and realize that Easter is just the start of a relationship with unchurched people.

As you begin, you probably need to lower your expectations on getting a significant spiritual response from guests at Easter. Yes, you plan and work to perhaps get a great response in numbers, but in our post-Christian world today, it takes time to make a spiritual impact.

Don't be surprised, shocked, or upset if visitors don't immediately respond to the gospel message you present at Easter and remind yourself and your congregation that this is a natural rejection to any new and challenging thought. Following are some observations and suggestions that will help you respond positively that will ultimately help people accept Jesus as Savior. END_OF_DOCUMENT_TOKEN_TO_BE_REPLACED

UPDATE NOTE: This was written in the days of church services where everyone met together and this was designed to be printed as a bulletin insert or handout. However in 2020-2021 with the challenges of Covid19 and many Easter services having taken place online, you can use this same free Template to create a postcard to send to people or as an email or social media piece to send out to people who attended your virtual service. Our service format may have changed, but the questions of people who aren't familiar with the good news of Jesus hasn't. Here is a way to reach out to them.

When people come to your church at Easter for some of them it may be the first time they hear that Jesus died on the cross so they could be forgiven of their sins and be at peace with God. This is not an easy message to understand if you have not grown up in the church. That's why using these bulletin inserts (now postcards or social media) that encourage them to continue an exploration of the Christian faith is so important.

The Apostle Paul preached to an audience with much in common with many of the people who will come to your church this Easter. They were part of a world that held many religious beliefs; they may have even heard of Jesus. But again and again you find the same pattern in the book of Acts—Paul would preach a sermon, but then he followed it with extensive discussions as Acts 18: 4 tells us: "every Sabbath he reasoned in the synagogue, trying to persuade Jews and Greeks." He didn't just preach and leave, he reasoned, he taught, he got into arguments and debates.

Unlike the Jewish audience where Peter could preach one sermon and because his audience knew who he was talking about and were expecting the Messiah, many would respond immediately as they did at Pentecost when Paul preached it was often to an audience totally unfamiliar with the Old Testament and God's plan of salvation. A positive response took time as this passage in Acts 17 illustrates:

So he reasoned in the synagogue with both Jews and God-fearing Greeks, as well as in the marketplace day by day with those who happened to be there. 18 A group of Epicurean and Stoic philosophers began to debate with him. Some of them asked, “What is this babbler trying to say?” Others remarked, “He seems to be advocating foreign gods.” They said this because Paul was preaching the good news about Jesus and the resurrection.

As the passage says, he took time; once again, he reasoned with and debated the people he was preaching to. We don't know how long he did this, but we know he realized one sermon alone would not convince them of the truth of the resurrection of Jesus.

It won't for a first-time visitor to your Easter service either.

Don't take a lack of immediate response at Easter as an insult, but as an opening to a discussion about and further exploration of Jesus and the Christian faith. These bulletin inserts can help you do that. Below are a choice of designs and following that some ideas for what to put on the back to encourage people to continue in their exploration of Jesus. Below them is a ZIP file of ready-to-print PDFs and editable MS Publisher Files.

To download the ZIP file of the bulletin inserts/flyers above click the following link: Still have questions

END_OF_DOCUMENT_TOKEN_TO_BE_REPLACED

Is having fun what defines a Christian? Is FUN what makes a church even worthwhile? Is fun why we do what we do (whatever it is) in the Christian life?

When you look at many church communications, you'd assume the answer was "yes." A recent scanning of material on the web as I was researching alternative Halloween events overwhelmingly advertised events or promoted activities where the FUN promised is promoted as the primary reason people should attend. Though the focus of this article is on the combination of Halloween communications and the emphasis of FUN (intentional shouting with the all capital letters), the same concerns and cautions apply to our communication of many church outreach events.

How fun becomes the primary motivation for Halloween alternative events

Much of the thinking process behind many of these "Christian" alternatives to Halloween on the web seems to go something like this:

I don't have a problem with the list up to #3—much of traditional Halloween celebrations are evil. Maybe not as evil as some timid folks fear, but probably not activities that would fall into the class of edifying Christian activities. Dressing up as demons and witches and glorifying magic is not what Christians ought to be doing. Sending your kids out alone to beg for candy in most areas today isn't safe. But the alternative to fighting evil or working to fulfill the Great Commission is not to simply have safe fun. END_OF_DOCUMENT_TOKEN_TO_BE_REPLACED

Pandemic, crazy weather, racial injustice, and political turmoil—wherever we turn, bad news fills our world. There is one place the news is good—in the good news about Jesus. Many call this the gospel.

There are two reasons why it’s essential to explore the gospel now. First, for those of us familiar with the gospel, we do well to remember what great news that is, no matter what else is going on. And for those who aren’t familiar with it, this news has implications for you far beyond the hysterical headlines that currently fill your news feeds. The gospel is good news, the best news ever.

Why the gospel is GOOD NEWS

Good news. That is the dictionary definition of the term gospel. The question to answer next is, of course, “What is the good news?” or “Good news about what?”

The best answer to that question is in the Bible, where John 3:16 tells us that: “God so loved the world that he sent his only begotten son that whosoever believes in him should not perish, but have eternal life.”

The good news is that God didn’t sit up in heaven, watching humanity make a mess of their lives and their world. He did something about it with extraordinarily important implications for people both now and eternity. To explore the good news in more detail, let’s look at our situation and what God did for us.

Without God, making a mess of our lives is pretty much what we do.

It doesn’t take unique insight to know our world is a mess right now. But now, let’s look away from the world. END_OF_DOCUMENT_TOKEN_TO_BE_REPLACED

Do you feel appreciated for all the hard work you do in creating church communications? I’ve been hearing from a lot of people recently, that with all the current increased demands on communicators, that many don’t feel appreciated. How about you?

Hi, I’m Yvon Prehn and Welcome to The Devotions for Church Communicators Podcast!

As you’ll see today, how we react in times like this depends a lot on how we see our identity, our role as a church communicator and that’s what I want to talk about.

As always in this short podast I want to help you focus on God’s Word, the incredible calling you have to share God’s message of salvation, and to strengthen and encourage you.

This podcast is from me, Yvon Prehn and my ministry Effective Church Communications.

Following is the Podcast and below that the transcript of it.

Our podcast today is entitled: # 15 Not feeling appreciated in your church communications work? An identity check might help.

END_OF_DOCUMENT_TOKEN_TO_BE_REPLACED 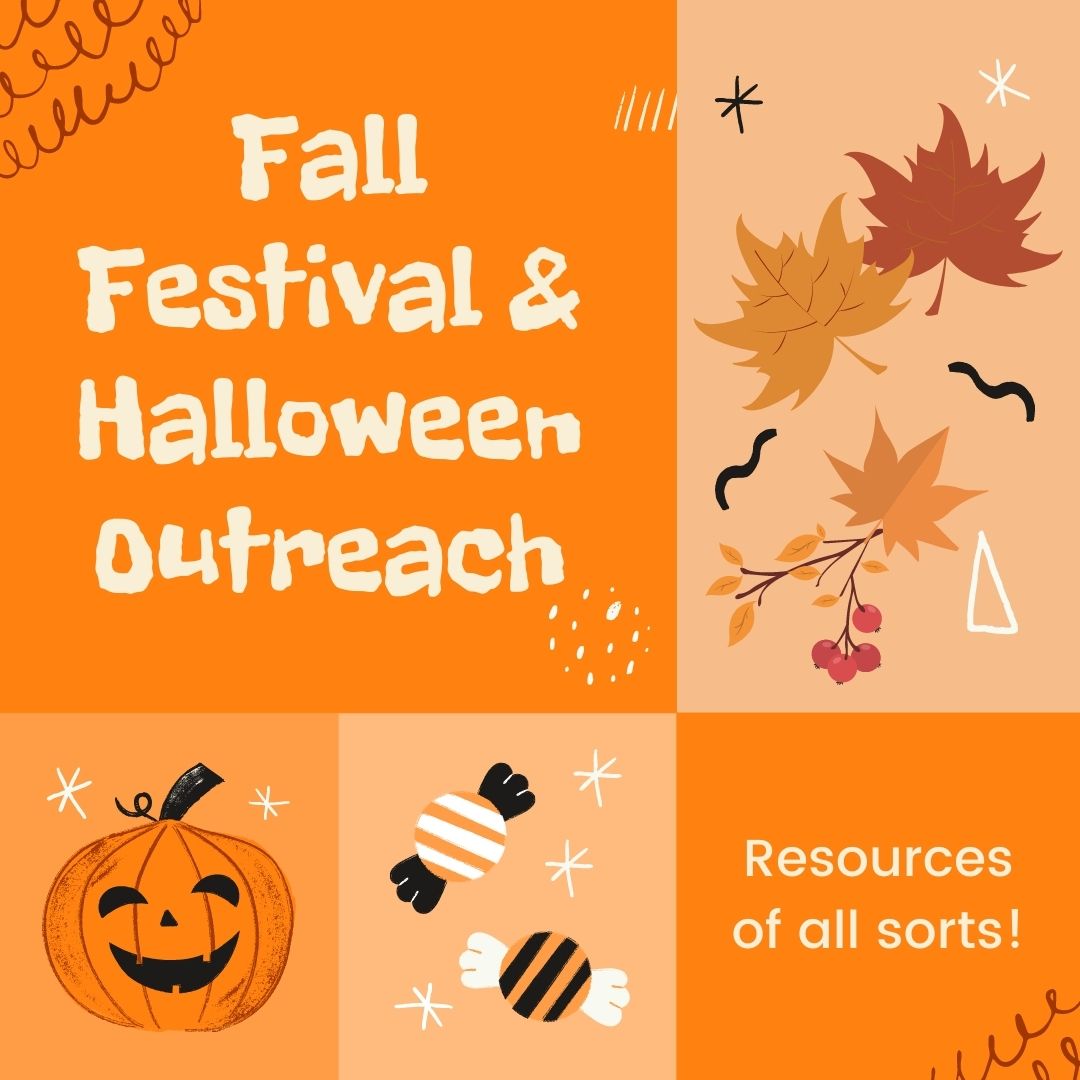