How can a church keep going financially when we don't meet and aren't able to take up an offering?

Hi, this is YP and welcome to the Effective Church Communications podcast!

In our current challenging times, many churches are concerned (and justifiably so) with how they will pay the bills when the church is not meeting together regularly. I've got a great solution for you and you don't need to learn any new technology to do it.

Listen to the podcast below or continue reading for the solution.

For many churches, the Sunday morning offering is still the primary way the church gets tithes and offerings from the congregation.

The frequent response to this situation of churches not meeting is to emphasize online giving and though that is a great solution in many churches (and I personally love using it), it isn't a viable solution for many others. Either the church does not have online giving in place, doesn't want to set it up, or a large group of people in the church simply don't want to use it.

Technology isn't the answer to everything and sometimes trusted methods work well in challenging times. END_OF_DOCUMENT_TOKEN_TO_BE_REPLACED

Ed. note: this is an excerpt from a longer article on summer communication strategy, but I feel the topic is so important, I wanted to post it on it's own.

Yes, that is all caps and I am shouting. I'm going to sound very harsh now, but I feel strongly about this and I think the extensive Biblical support for caring for the "least of these" and being concerned about the poor supports my concern.

Here is the situation I've seen in the PR of some churches (and as is the habit of our ministry, we don't name names of bad examples):

How do you think that feels for a family that might have taken a huge step to go to the event they heard that was going on at the church  but they have four kids who would love a hotdog or a taco, but then they find out that there is a charge for food (popcorn and chips do not a meal make) and they simply don't have the money for it. What will they do? END_OF_DOCUMENT_TOKEN_TO_BE_REPLACED

Think about the documents you produce: newsletters, bulletins, reports, letters, programs—and more. Looking over publications at an associational meeting, I was struck by how many numbers are used in our printed materials. Expressing numbers in print can be tricky.

Even the reliable Gregg Reference Manual concedes, “The rules for expressing numbers would be quite simple if writers would all agree to express numbers entirely in figures or entirely in words.”

Some appropriate guidelines based on the most-used figure style:

Exception: When numbers need to stand out for quick comprehension—as in the statement of this rule—use figures.

Exception: Some authorities suggest spelling out only single-digit numbers—1 through 9—and using figures starting with 10.

Exception: Use numbers when referring to numbers as numbers (such as, think of a number between 6 and 10).

Exception: Use numbers with U.S. highway designations (State Route 5; I-95), with emphatic references to age (the class for 3-year-olds), with periods of time (a 3-month study), specific measurements (a 4- by 6-foot rug), and page numbers (page 7).

I have a million things to do today; he has a hundred excuses.

Remarkably, one-third of the attendees were from our state.

It was the organization’s thirtieth anniversary.

The pastor called fifteen minutes ago.

But: Our six volunteers prepared 104 box lunches, 9 pies, and about 1000 cookies—all in one morning. Figures are used for all the related items of food; six and one are spelled out since they are not related and are not over 10.

These guidelines are meant to cover our most commonly used situations. You will find extensive rules in

I recently got an excellent question via email about church communications and church finances and wanted to answer it here:

Do you have any suggestions on how to report church financials in the
weekly bulletin?

First of all, let's establish the fact of whether or not to put financial information in the church bulletin at all. After we do that, we'll then look at what to include and then some tips on design and placement.

Why put financial information in the bulletin

There are some churches that don't do this for a variety of reasons, but this is a mistake. Here are some of the reasons why it's important:

What to include in the bulletin about finances

On a weekly basis include:

Additional information on Biblical giving overall and the specifics of how it is practiced in your church can be shared in shortened form in the bulletin, in longer formats on your website, and in the church newsletter. Here are some suggested topics:

Design of your communication

The key characteristics of church financial communication are that it should be:

A simple chart in the same place every week works well. A simple, clear headline, something like "Church Financial Report" is all that is needed. I've seen many well-done ones in the bottom corner of a page of the bulletin. However, don't make it the last page—you don't want that to be the last thing people see when they are reading information about your church.

The church bulletin is not the place to share lengthy pleas for money or to post dramatic appeals.

I will never forget a church bulletin that said in huge letters across the front:

Bridge to the future is taking place!

Have you made a pledge yet?

I doubt if anyone visiting the church for the first time that Sunday would be highly motivated to return. Something like that confirms a fear many people have about churches that all they want is your money.

Critical giving needs and similar information is better communicated in a letter or emails to committed members of the congregation. Again, remember the church is family and we don't share our entire financial situation with everyone who visits our homes.

As with many things in the church, ask for the Lord's wisdom and share your financial information "decently and in order" so that He will be pleased and your church will be a good witness to the world of financial integrity.

Before the year closes out many people want to make the most of their charitable giving contributions, below is a link to the IRS site that explains charitable giving guidelines and might be useful if people call or email the church office with questions.

Here is the IRS LINK overall for charitable giving:
http://www.irs.gov/taxtopics/tc506.html

Ask for what you need

In addition to this link, think about asking people to consider a designated donation to the communications ministry at the church. Good, complete, on-going communication is a vital part of every effective church. However, it is a ministry that needs resources to function at its best.

Here is a list of some of the things that designated gifts could be used for:

Updated computer--for producing communications in the church office, the prices of really powerful computers have dropped greatly in price. For less than $500 you can get a computer today that would have cost thousands just a few years ago and that can greatly improve your productivity.

Updated software--if you don't have MS Publisher, a fantastic gift would be the software and a months worth of training for only $25  at http://www.lynda.com. CLICK HERE to go to an ebook that illustrates all the benefits of MS Publisher and gives you two great resources of where to get it at an amazingly low nonprofit price.

Updated production equipment--if you haven't looked at some of the current copier machines and digital duplicators, you'll be amazed at the updates in technology and how you can print high quality materials at a very low price. Ask for money to put into a fund and then schedule some time with your local, trusted dealer to show you options. Don't get things printed by outside companies until you've explored the options for your church.

Updated training--if you aren't a member of Effective Church Communications, check out the resources HERE to get an overview of the training videos, free ebooks, downloadable templates and ready-to-print MS Publisher files all available for only $9.99 a month or $99 a year. There is NO other place that provides this kind of basic and useful training for churches.  CLICK HERE to go to the membership page for more information and to sign up.

Effective Church Communications supports the ministry of every other part of the church--it needs to be supported as aggressively as missions or children's or music or any other area, because if it is done well--church communications will make every other ministry area more effective.

If you didn't give an opportunity for people in your church to give to the communication ministry before the end of the year, consider a special offering at the start of the year and assure all your ministries that they will have a more effective New Year! 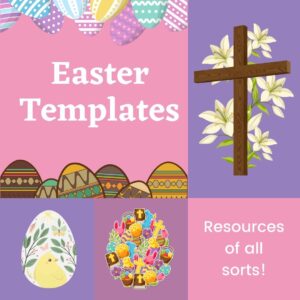